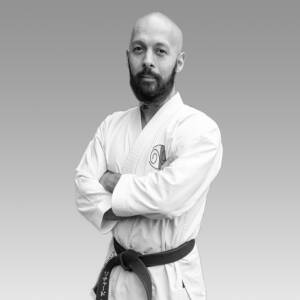 2003 – Promoted to Senior Regional Instructor for Essex in Kenshukai Karate

2008 – Became a member of the Shi Kon Martial Arts Association

2018 – After the passing of Shihan Lipinski (01.01.18), continues training in Seiwakai under Shihan Gurmit Singh

2008 – Instructor of the Year at the Munich Hall of Fame

Richard holds numerous competition titles in kata and kumite and is a regular competitor on the tournament circuit as well as head coach to the SRK National Squad.

Since 1998 he has won a vast amount of medals and championships ranging from regional to international level, competing across the United Kingdom, Europe, and Japan. At least 80% of those medals won being Gold.